I will say that for the most part I am not the greatest fan of live albums however the one I am bringing to you today is one of those few exceptions and the story behind this album makes it all the more amazing.  Rock Under The Siege was put together in 1995 in Sarajevo in the middle of the longest military siege in modern history. Prior to the war in Bosnia, Sarajevo had been a center for many rock, punk, ska, etc. bands that had been influenced by their peers in the west. As the war commenced Radio Zid became one of the only radio stations in all of Sarejvo to continue broadcasting music. Often times resulting n many DJs and radio broadcasters literally risking or losing their lives simply trying to get to their work. In 1995 in the midst of some of the most intense fighting Radio Zid put together a concert with some of the bands that remained in Sarejvo. There is some great material on this album however I will go ahead and say that my version is not complete it only contains a few tracks from what would be the full album. Even an actual physical copy seems almost impossible to find online so if anyone knows where to find or buy the full album please let me know. None the less the version I am uploading has some great material, personal favorites are the live and studio versions of Sara's Dream by Lezi Majmune.  Check this album out it is a great introduction into the little known rock scene of Bosnia and the former Yugoslavia a great album worth giving a listen to.
1. Down - Mainthing
2. Green Cheese - Ovjek U Plavom
3. Hindustan Motors - Ponekad Pomislim
4. Lezi Majmune - Sara's Dream
5. Lezi Majmune - Sara's Dream (Studio)
6. Protest - Sarajevo Feeling
7. Sikter - Gurda 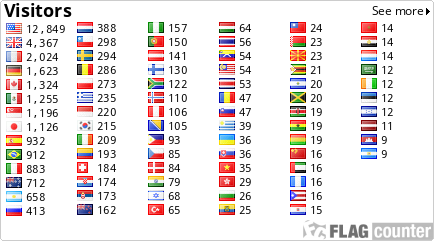 Lalo
I'm Lalo I'm 20 and though I currently live in the US I'm originally from Mexico City, Mexico. One of my biggest passions is music and this includes just about everything except usually the things that are considered popular or mainstream. I enjoy a lot of more well known artists like The Ramones, The Clash, Bob Marley, The Beatles, and things like that. However I also very much enjoy listening to more unknown music from around the world. Everything from the traditional regional music I grew up listening around me in Mexico, to the American folk music I have learned to like. And of course to other things like the amazing music to come out of Jamaica or the rhythmic and hypnotic patterns of African guitar. Basically you will find a bit of everything on my blog, and myy posts might consist of things I myself uploaded or things I have found elsewhere on the web. I hope you enjoy the blog and comeback for more as there is always more great music to discover!